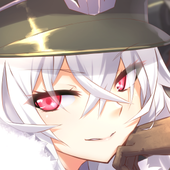 Sonic Revenant
Level 6
DARK / Zombie / Effect
If this card is sent to the GY by a Zombie monster's effect: You can Special Summon this card, but banish it when it leaves the field. You can only use this effect of "Sonic Revenant" once per turn. When this card is Summoned by its own effect: You can target 1 other Zombie monster you control; this card's Level becomes the same as that monster's, until the end of this turn. If this card you control is used as Synchro Material, you can treat it as a non-Tuner.
ATK / 2400 | DEF / 0

A free summon off of Samurai Skull, Uni-Zombie, and Gozuki, among other cards, and also doubles as a Synchro enabler. It's also Level 6 in case you wanna splash it into Vampires to use with their "new" Xyz.

Feel free to use in whatever you see fit.

Users browsing this forum: No registered users and 6 guests