I here by declare an open challenge to any and all who want to duel against me in Goat Format. HOWEVER: No Top Tier (That means No Thunder Dragons) No Discard Effects, No D.D Cards, oR affecting opponents cards except by a counter trap card
“Returning hate for hate multiplies hate, adding deeper darkness to a night already devoid of stars. Darkness cannot drive out darkness; only light can do that. Hate cannot drive out hate; only love can do that.” - Martin Luther King Jr.
Top

a "skilled" duelist doesnt need to use a top tier deck!
“Returning hate for hate multiplies hate, adding deeper darkness to a night already devoid of stars. Darkness cannot drive out darkness; only light can do that. Hate cannot drive out hate; only love can do that.” - Martin Luther King Jr.
Top 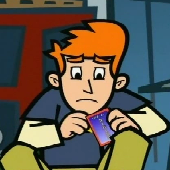 a "skilled" duelist doesnt need to use a top tier deck!

What's with the quotation marks? Are we supposed to consider through that irony that you mean everyone but skilled duelists and, thus, just them are exempt of having to use a top tier deck? Or this is some sort of deep, unintended criticism for people located on the peak of cognitive bias of the Dunning-Krueger effect, like yourself?

Anyway, this was definitively an interesting episode. I managed to catch some of the duels in that challenge. Despite many of them following the mentioned "rules", there were still some conflicts, like:

I mean, sure, alongside many duel notes you added to this challenge (like in: https://imgur.com/slAeAP0) there was, in your "rules", the clause for "affecting opponents cards except by a counter trap card". That alone makes quite impossible to deal with a continuous effect of a card that has already been activated, rendering most monsters unable to destroy by battle your Royal Magical Library. And way less viable if they have to resort to "too common" equip spells to boost their weaker monsters before your Exodia is assembled.

But maybe there was some hope for your opponent in all this: Jinzo. Or so we though, despite actually been seen in your deck during the Parasite Paracide replay: https://www.duelingbook.com/replay?id=13487363


So, yeah, like Debt said, this challenge was definitively skill removal: You removed the skill needed to make an Exodia deck work by limiting your opponent and continuously removing all other maneuvers they did to win against a stall deck, despite all restrictions. You just wanted an easy victory with your childhood cards, even if it required you to be obnoxious, hypocrite and unfair. That's no challenge, that's expecting random DuelingBook users to be voluntary babysitters to your whims.

Get some help, or, at least, a friend, instead of doing this to strangers. This kind of behaviour is beyond excuses at this point.
Top 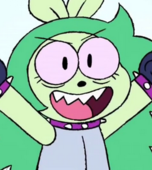 Crystal music is not allowed to lose, its his game, crystal-gi-oh
b
Top

It's not about losing access to a top tier deck. It's about the blatant removal of skill differentiation that you attempt to enforce.

Let's say you're in a theoretical 100% mirror match where your opponent is slightly less skilled than you but does know how to pilot your deck competently. What can you do as a player to guarantee a win? Well with your duel rules and deck building: nothing. There's no proper sequencing of cards, there's no room for misplays due to simplicity, there's no outplay potential, counterplay tools don't exist, there's simply no opportunity to using cards better. It's either stall or a numbers check. You've created an environment where it's not the better player that wins, but the luckier player who draws into the big dumb beater win con before the other.
Top
Post Reply
7 posts • Page 1 of 1

Users browsing this forum: No registered users and 96 guests