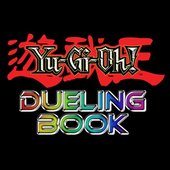 What is Proper Communication in Yu-Gi-Oh?

When a player performs an action, such as activating a card effect, that player should pass Priority to their opponent by asking for a response to that action, and waiting for their opponent’s consent before continuing to play. In return, that opponent should either communicate that Priority may be passed back, or that additional time is needed to think of their response.

How Should Players Communicate on Dueling Book?

In a real-life Duel, players have several options to communicate to their opponent what their intentions are. Both verbal and nonverbal forms of communication are available to both players, which allows for clarity between both players to maintain a fair and accurate gamestate.

The fundamental principles of passing Priority do not change on Dueling Book. However, due to the nature of an online platform, communication methods are much more limited. The chat box is the primary means to communicate intentions, although Dueling Book has recently implemented the Declare, Signal OK, and Thinking buttons to help supplement for the lack of nonverbal forms of communication.

Does This Mean I Should Overcommunicate?

As is the case in real life, it doesn’t make sense to ask for a response at every moment Priority would be passed. After all, nobody should expect players to ask for a response when exiting every single Phase, Step, or timing of the Damage Step, unless it becomes relevant to the current gamestate. However, if both players fail to reasonably communicate, the chances of a dispute leading to a Judge Call become far more likely.

If a failure of communication leads to a Judge Call, Judges will have to take into consideration several factors, and ultimately use their judgment to determine the best way for the Duel to continue.

What Should I Do if My Opponent Does Not Respond?

Does This Mean Silence is Consent?

No. However, should you continue after waiting a reasonable amount of time, the likelihood that a Judge Call is ruled in your favor increases should there be a dispute.

What Should I Do if My Opponent Continues Without My Consent?

Speak up! The quicker you communicate to your opponent that you do not agree to continue, the likelihood that a Judge Call is ruled in your favor increases if your opponent does not give you a reasonable amount of time to respond to an action.
Top
Locked
1 post • Page 1 of 1

Users browsing this forum: No registered users and 3 guests