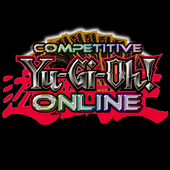 Team Tournament Format:
⦁ The tournament will follow the same rules as the 1st Team YCS
⦁ 3 players = 1 team.
⦁ Best 2 out of 3 Matches as a team. Two team members winning their Matches will equal a Team Match win.
Once two members of a team win their respective Matches, the Duel is over.
⦁ Each team member will play their matches independently, best 2 out of 3 Matches.
⦁ Matchups will be determined by each players individual CYO rating, e.g. the highest rated
player of Team A will face the highest rated player of Team B and so on.
⦁ Swiss Rounds followed by a Single-Elimination Playoff Top Cut.

General Rules:
• Decks must be legal under the current TCG banlist
• Changing decks is allowed
• Matches will be played on Duelingbook
• Each round lasts 4 days + extension if necessary
• Cheating, rule-sharking, lying or unsporting conduct will result in disqualification
• Disconnection during a match results in a game loss, unless it happened during siding.
The match resumes from the point at which the disconnection occurred.
• In case of disputes, please contact the server staff

Users browsing this forum: No registered users and 3 guests