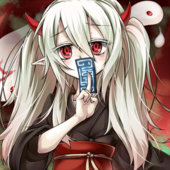 General Rules
⦁ All wars are 5 vs 5 players. Teams select their war roster at the beginning of each war.
⦁ Both teams will start with 5 hearts. Each time a player loses a war duel their team loses 1 heart. The first team to reach 0 remaining hearts loses the war.
⦁ If a player loses twice that player is eliminated and can no longer play in the war.
⦁ Any player can challenge the other team's players at any time during the war.
⦁ All war duels must be hosted in Advanced (Unrated), 2 out of 3 Match, TCG, Allow Watching.
⦁ After each match the winner must report the result in the war thread.
⦁ All wars are unlocked (players can change decks between each match)
⦁ Players can not be in 2 teams at once and account sharing is prohibited
• Cheating, rule-sharking, lying or unsporting conduct will result in disqualification.
• Disconnection during a match results in a game loss (even if the DC happened during siding).The match resumes from the point at which the disconnection occurred.


Activity
⦁ Rejecting a war duel or being offline (on DB) for more than 30 hours during a war is considered inactivity. If either is the case, the other team should post a screenshot in the war thread as it can be relevant to the outcome of the war
⦁ If a war has not been finished after 14 days, the more active team wins by default, regardless of score. If both teams have been equally inactive then the leading team is declared the winner.
no fuck you
DuelingBook War Adjudicator
Monarch Snow is a hoe
Top
Post Reply
1 post • Page 1 of 1