Check here for the latest news and updates
Locked
44 posts 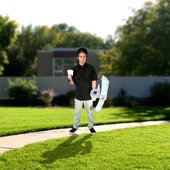 Should the card Exarion Universe be legal in Goat Format? The standard that Duelingbook has been following is that any card released before September of 2005 is legal. Exarion Universe was released September 1st of that year. There's disagreement about whether this card really belongs in this format, so cast your vote to tell us what you think.
Top 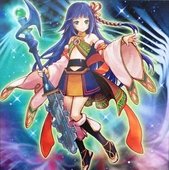 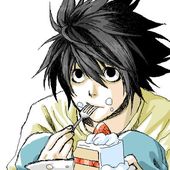 No if people want exarion goat just host in unlimited or make a duel room for Exarion Goat room. Exarion is op because games become quicker/stale, it makes spirit reaper useless, when it did officially came out only a few certain players had access to it due to the fact stores where allowed to sell the tins early and Upper Deck allowed people to use it official tournaments plus when it was legal Cyber Dragon was legal (basically Exarion without Cyber Dragon historically didn't exist for the TCG), and Goats Control become forced to run 2x Scapegoats with Exarion around.
Last edited by Inti on Wed Dec 06, 2017 6:16 am, edited 4 times in total.
Top

Does this mean we'll be allowed to use Cyber Dragon/Twin Dragon as well? :^)
Top

Show me "Goat Format with Exarion but without Cyber Dragon" and I'll show you every top player at the time saying it wasn't a thing.
Top

never seen a single one of the people voting yes playing any game, unlimited or goat, on duelingbook. people who want to play exarion goat should have to use unlimited, the same way anyone else would have to do when they play any other imaginary made-up format.
Top 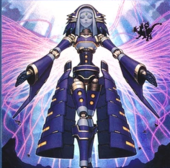 MMF wrote:never seen a single one of the people voting yes playing any game, unlimited or goat, on duelingbook. people who want to play exarion goat should have to use unlimited, the same way anyone else would have to do when they play any other imaginary made-up format. 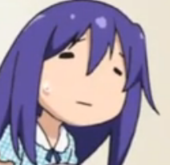 there is not a single argument to be made in favor of exarion beyond "i like cool cards" and plenty against. put it in unlimited.
Top

Better make these decent cards legal too then!

Oh, and fix the glitch where Kaiser Sea Horse isn't allowed in goats either please; I reported that a month ago
Top

idk, I like my centralizing cards, i'll vote yes, put in exarion


EDIT: the actual answer is for DB to make two formats, one for non-exarion goat, and one with exarion goat
Top


EDIT: the actual answer is for DB to make two formats, one for non-exarion goat, and one with exarion goat

They have, it's called unlimited.
Top

EDIT: But for real. I think the actual best answer is that either a Goat Exarion (or CRV goat) room be made, otherwise leave it as is. People need a choice and deserve to have both validly exist. I can't seem to change my vote? So if that's the case, just invalidate my vote and act like I never voted, I'd rather speak my words about it.
Top

i voted no but i want thunder dragon banned
Top

can confirm, he has the tism
Top

"There are two good reasons to include a card in a retro format
1. It was actually a part of that particular format
2. You feel that the addition of this card makes the format significantly more skillful or enjoyable

I believe this quote is sufficient in my argument against exarion.
Top

Obviously not, it's been confirmed by many that:
1. Exarion Universe kills the amount of monsters viable to choose.
2. There are only 2 formats that should exist, Goat Format (no Exarion) and CRV Goats (with Exarion duh).

The only reason that it was included in the first place is that when people revived the format in 2012 they thought Exarion was part of it. There were no major events played in the small time it was "accidentally" released early in some stores in the US and Canada. A card should not be included in a format that:
A. Was sold early by mistake.
B. Was never included in any Major Event during that format.
C. It was out for 4 days at most before CRV.

Goat Format with Exarion Universe should be and is classed as a custom format. It's not real.

Users browsing this forum: No registered users and 6 guests