What do you think?

What do you think?

Do you think it's balanced or is it too OP or too shitty? 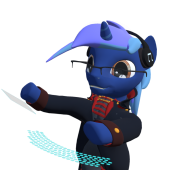 Re: What do you think?

Well, for starters, following the rulings of cards like Quickdraw Synchron, you don't need that sentence in parenthesis, nor the "even if this card effect is negated" to make it happen in all situations, so this could save you some text in order to make this custom type to work. Some other cards have other terminologies that you could apply, like Schistosoma's "is not affected by your opponent's card effects." becoming "is unaffected by your opponent's card effects" or Toxo's "You can move that monster to an adjacent (horizontal) unoccupied Monster Card Zone." becoming "You can move that monster to an adjacent unoccupied Main Monster Zone."

As for the rest, in particular, Unfor Ascaris, Taenia and Necator have a pretty easy activation requirement for such, somewhat, unbalanced effects, even when you take in account they being HOPT. My suggestion is either adding some sort of cost or make them activate only if they get sent to the graveyard by an opponent's card, either by battle or effect.

Your field spell is quite hard to define, since your archetype common condition effect doesn't have a real-life counterpart to compare rulings about treating them as an entirely different type instead of being considered as another, alongside the original one. If they end up being both Aqua and Parasite-Type, the harsh decrease in ATK the field makes would affect both your and the opponent monsters, which would be balanced enough to not considering evaluating. Now, if it's meant to replace the original Type entirely, I'd suggest tweaking the effect a bit, making it able for either player target their own monsters at their own turn, their opponent's monsters at the opponent's turn or something around that concept.

The rest I could only define after some testing. Considering how you also included 3 Upstart Goblin, maybe you need to create some interesting draw engine as well to make the deck more distinct.
Top
Post Reply
2 posts • Page 1 of 1

Users browsing this forum: No registered users and 8 guests