today must be "You're getting blocked by me" day

Re: today must be "You're getting blocked by me" day

CrystalMusic wrote:i hate when ppl cant beat a monster, that is capable of destruction in battle, by gee, idk, BATTLING IT! the yugioh card game is based its anime called Yugioh Duel Monsters. Not duel Spells. Not Duel Traps. DUEL MONSTERS!

its not "Duel" monsters if you arent battling monsters with monsters!

Fun fact: the original name of the game in the original Japanese manga run was "Magic & Wizards", a direct reference to Magic the Gathering and it's creator Wizards of the Coast. Of course this would never fly in English so Duel Monsters was the name chosen to replace it. Except in Sweden where it still kept the name.

The card sleeve for the Season 0 anime is MW to reference Magic & Wizards.
Top 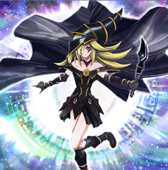 Re: today must be "You're getting blocked by me" day

My guy. You are not a "defensive" duelist in any capacity. You do not have a designated playstyle outside of your own which involves the following:

- Make an alternate win condition deck filled with monsters that cannot be destroyed by battle.
- Rage quit if the opponent does not follow the set of arbitrary rules added onto the base game just to hinder the opponent.
- Be blind to anyone trying to point out you being both a hypocrite and a douche WITH supporting evidence.
- Berate the opponent over their playstyle/deck.

You have practically invented a new form of playstyle called "Egomanic" in where you act like an arrogant dick stuck in his own little make-believe world where everything is sunshine and lolipops and you're the best at everything.

News Flash: You're not that fucking good at the game. Stop acting like you are when the evidence proving you're a jerk to anyone you come into contact with and refuse to accept that you're in the wrong is as apparent as a mountain. How you're so stubborn to accept such a fact is beyond the point of amazingly stupid and this is coming from someone who IS irritatingly stubborn.

If it has to be explained once, I will explain to you again how you're not that great and I can prove it to you in a REAL duel. Not a CrystalMusic duel.
Top
Post Reply
22 posts

Users browsing this forum: No registered users and 14 guests