A simple idea that can be helpful.

Here you can have intellectually stimulating conversations.
Post Reply
2 posts • Page 1 of 1

A simple idea that can be helpful.

Hello. How are you doing?

I dunno if this is the proper place to put my thread, but I'll give it a shot. ;D

I've a suggestion or another add-on that can be added to the game. Since you guys had added a lot of good features and extensions to the game like (Solo mode, Pause The Game and etc.) 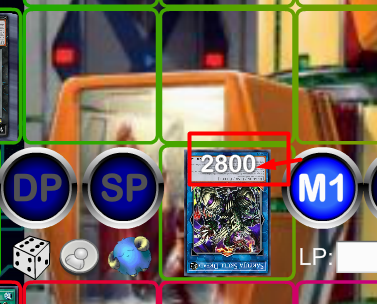 As you can see in the pic above, the Atk/Def Points for any monster on the field are stable.
I was wondering why don't you guys make it also changeable?

As an expert C# and photon Engine coder. I know that it's easy to modify this field as its supposed to be a string variable attached to the card and uploaded to the server. So as the LifePoints .. you can edit Atk/Def.. I think it will be helpful for duelists.. Especially we've a lot of monsters strength changing...

If you refuse that suggestion. Don't get mad.. it was only an idea xD

Thanks for reading
Kindest regard..
Top

Re: A simple idea that can be helpful.

The idea is not bad, it could get messy at times but having the option would be interesting
Just an account