Got some predictions for the next F/L list? You can discuss all about them in here.
Post Reply
2 posts • Page 1 of 1

Since Gofu makes a lot of Link Spam and Mechaba going crazy with the Negate and Banish Effect, it's time for some cards to get a call on the next banlist after that...

Banned:
Scapegoat (Link Spam, DUH)
Dewloren (OTK Alert!)
Trickstar Reincarnation (Dangerous if Combined with Protector of the Sanctuary)
Dinomight Knight (Let's have Dragonic Diagram Unlimited so this can get banned!)

-Cards I think that should be banned but I don't want to add here...
Spellbook of Knowledge (It's better not to ban this be cause you're gonna draw nothing but Rudras!)

Limited:
Pantheism of the Monarchs (Overrated Search Card)
Ignis Heat (Let's Switch it around with Master Peace getting Unlimited)
All Dragons Rulers (oh what the hell let's just give the Errata Job making them only summonable once per turn! Tempest can make the Searched Monster unable to be Summoned or even ACTIVATE EFFECTS!! Redox will destroy the Special Summoned Monster at the end, Blaster will prevent the Battle Phase from Starting because you destroyed a F*Cking Card while Tidal cannot let you Special Summon Monsters when you send a monster to the GY!!!)

Semi-Limited:
ABC Dragon Buster (I should say it could be okay to semi-limit it)
Majespecter Kirin (Errata: During either player's turn: You can target 1 Pendulum Monster in your Monster Zone and 1 monster your opponent controls; return them to the hand(s). But, you cannot Special Summon Other monsters other than "Majespecter" Monsters. You can only use this effect of "Majespecter Unicorn - Kirin" once per turn. Cannot be targeted or destroyed by your opponent's card effects.)
Top 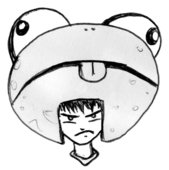 You must be the person responsible for TCG banlist.
Top
Post Reply
2 posts • Page 1 of 1

Users browsing this forum: No registered users and 1 guest